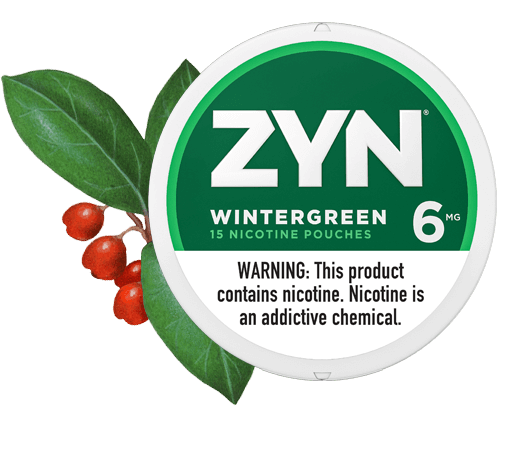 With the 6mg version, the nicotine is present, but not too strong.

Snubie
Nicotine Pouches, ZYN
You'll notice these are quite flat and dry in terms of appearance; they don't look like most other pouches!

ZYN Wintergreen 06 is said to have a flavor of "wintery mint refreshment with a hint of sweetness".  The aroma of this product is a mild, lightly sweet smell of wintergreen.  It also has a light cooling presence in the lip, as well!  When you put a pouch in, you'll notice that they are rather dry, but they aren't too uncomfortable.  The pouches get moister the longer you have them in the lip, and the moister they get, the more comfortable they get!  The flavor of this one is a gentle taste of wintergreen with a light sweetness.  It's relatively mild, and the wintergreen flavor is not in your face like American moist snuff products.  I'm not a fan of wintergreen, but this is one product that I really enjoy!  With the 6mg version, the nicotine is present, but not too strong.  It does have a solid kick to it, though.  It reminds me of regular strength snus in terms of strength.  I notice the flavor, on average, to last between 30 to 40 minutes.  The 6mg version of ZYN Wintergreen is my personal favorite in the ZYN line!

ZYN is a great product line from Swedish Match with a variety of flavors and nicotine strengths.  If you’re looking to try a nicotine pouch product, ZYN is worth trying out!