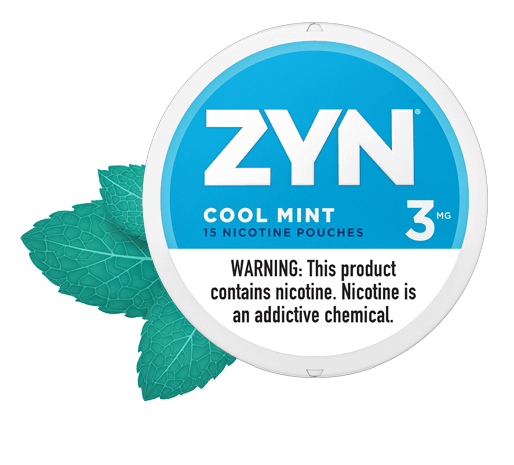 Snubie
Nicotine Pouches, ZYN
The aroma is a mild smell of mint.  It's not overly sweet, which is a nice surprise!  I also didn't notice much of a cooling/tingling presence in the lip with this one, either.

ZYN nicotine pouches are relatively new products from Swedish Match which was launched a few years ago.  It has been gradually growing in popularity since its 2015 launch in a handful of markets. ZYN now comes in 6 flavors: Cool Mint, Peppermint, Spearmint, Wintergreen, Coffee, and Cinnamon.  ZYN is rather interesting as it can be stored at room temperature for a whole year.  It is also interesting because it has a child resistant lock.  It can be a little challenging at first, but just line up the arrows on the side and it pops right open.

ZYN Cool Mint 03 is said to have a flavor with "an icy burst of invigorating mint flavor".  The aroma is a mild smell of mint.  It's not overly sweet, which is a nice surprise!  I also didn't notice much of a cooling/tingling presence in the lip with this one, either.  When you put a pouch in, you'll notice that they are rather dry, but they aren't too uncomfortable.  The pouches get moister the longer you have them in the lip, and the moister they get, the more comfortable they get!  The flavor is a mild mint flavor.  It's not really peppermint, it's not really spearmint, it's more of a natural mint taste.  It's mellow, gentle, and lightly sweet.  With the 3mg version, the nicotine feels to be a little less prominent.  It is noticeable, but it isn't too strong.  It reminds me of mini portion snus in terms of strength.  I notice the flavor, on average, to last between 30 to 40 minutes.